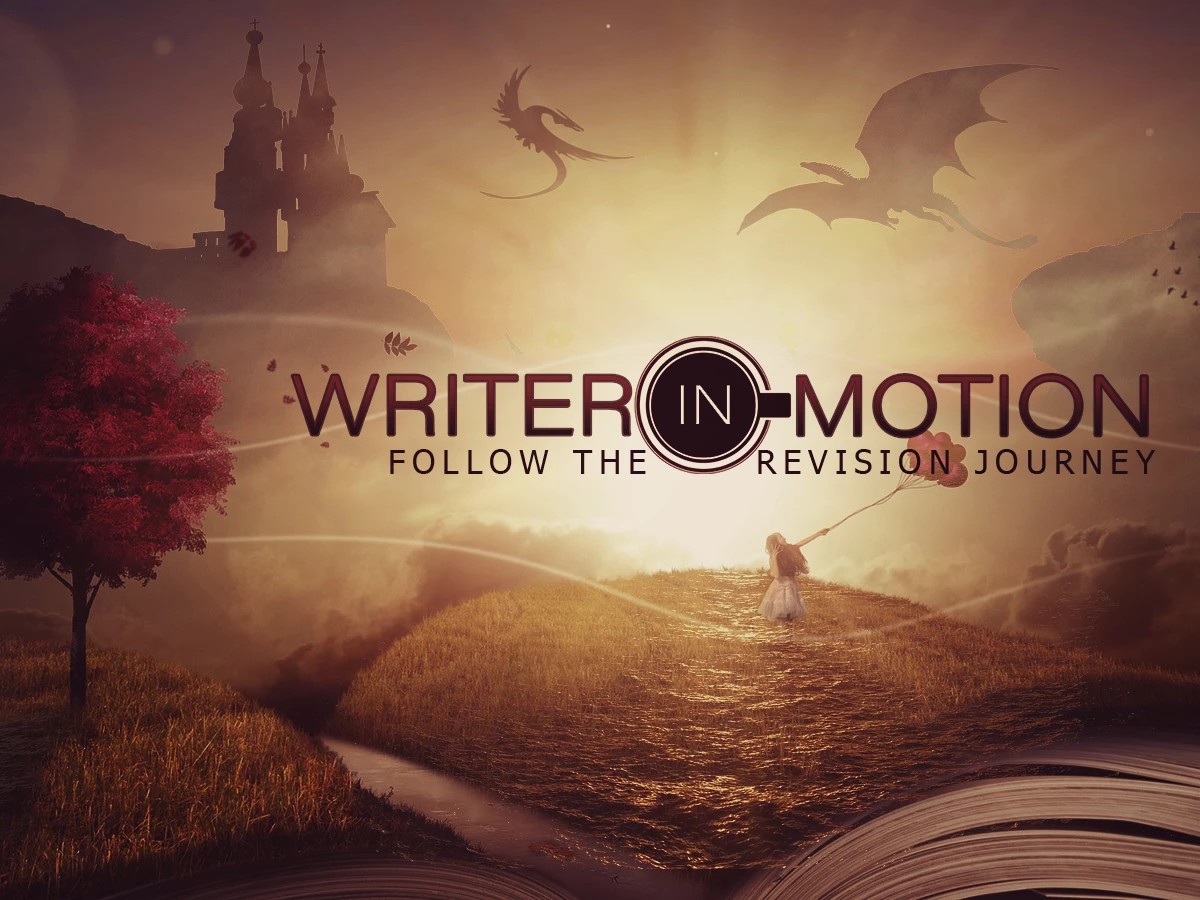 This last month I have taken part in an event called Writer in Motion, where a group of writers show the steps of writing a short story from first draft to finished product.  You can read about it in my first post.

Today is the day. This week after having feedback from a professional editor, my story is complete. Or at least I hope it is.

I find it difficult to judge.  It might benefit from more read-throughs, or a second go with an editor.  But you can tinker with things forever. And I am so excited how far this story has come.  I loved this story, and my poor Hannah from the first draft of my story, rough though it was.  But it has been so exciting to see it improve, step by step, week by week.  I’m thrilled with how it has turned out.  I will discuss the editorial stage at the end of the story, but without further ado, here is the final draft of my story: Gloves. 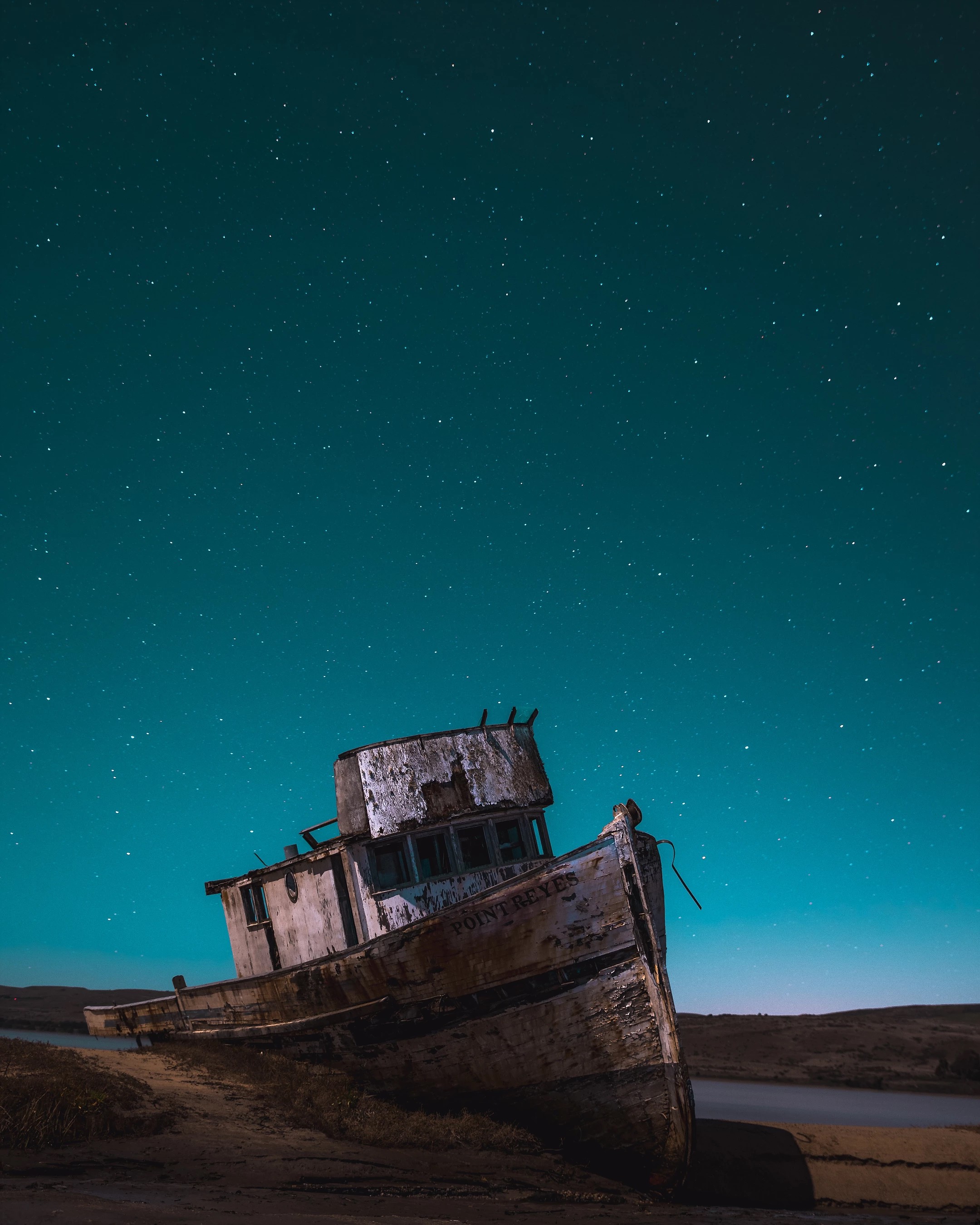 Another box of fifty gloves arrive.

I walk to Doveton and pick them up under the Post-worker’s suspicious gaze.

“What do you do with all these gloves?” It’s the same question he asks every week.

What am I supposed to say? I give a bland smile and flee, holding the box to my chest. As if I could hide behind such a flimsy thing.

I should’ve avoided town after last night. The stares are worse today than normal, and that’s saying something. No pretext of politeness, people stop mid-sentence as I cross Main street. I know what they’re saying. About the MacIntosh’s boat going from new to decayed in twenty-four hours, and how weird things didn’t used to happen in their precious town. I feel their eyes on my Lizzie Bennett dress, my curly-hair piled up high. Mum’s idea to make the gloves appear part of an eccentric fashion statement, and not a precaution against disaster.

The sun beats down as I lift my skirt to run between the shade pooled at the base of the ghost-gums. Doveton is beautiful if I only look with my eyes.  Dad says there is no point in moving on, that everywhere will be hard at first. Make more of an effort, Hannah. He doesn’t feel the stares. I want to move to the hippy hills, where people think crystals help a cold and a taro-deck warns of your impending death. Where strange is a draw-card.

I arrive home and go straight to the glove room. I drop my new box on top of last weeks haul, identical but for the FOUR HOURS scrawled on the side.  That’s about how long they last. The scent of rosemary lamb and bubbling gravy wafts through the door. It’s time to face the most painful stares of all. My family’s.

Mum’s fork shakes as she stabs her potato. Sadie looks up from her plate to glare at me at regular intervals. Her friends always pull back from her after an ‘incident’ like the boat. One day of my life, one tea-spoon of my torment, and she looks ready to go at me with the carving knife. Cow.

Father stirs his remaining peas around his plate, trailing gravy across the china.

Mum puts down her wine. “I told you, I don’t want us doing that anymore.”

“We need the money. What happens if this boat thing blows up? We’ll need savings until we find our feet somewhere new. Precautions.” No one looks at me.

Father strikes the table with his fist and the peas jump.

“I don’t mind.” While the vases turn ancient under my bare-hands, I get to press my head against them and see the life they could have lived. Peonies, gerberas, tulips and roses. Views of lounge rooms from the mantel, watching families growing up and growing old as they fade and age themselves.

“I didn’t ask you, Hannah,” snaps Mum. Sadie chews on a carrot and smirks at me.

Maybe I should run away. Quit school and find a job in the city. Save precious Sadie from all her suffering–and myself from Davison’s gaze.

I can’t sleep that night, so I put on a four-hour pair of gloves. They’re yellowed and worn–they could be my Great-Grandmothers’. I press a gloved finger to my forehead and I watch, as if on screen, what could have been. Debutante balls and costume parties. A life, rather than a few small hours protecting everything around me. I pull on my boots and head to the river.

The boat leans against the bank like it’s been there for years. So different from the day before. Why didn’t I leave it alone? There’d been something about that varnished wood glowing in the late afternoon sun. A stupid compulsion to stroke the bow, and it was twenty-years older in an instant.

But tonight it’s deliberate destruction. I take-off both gloves and press my hands against the side. The wood is worn, and splinters dig into my skin.

“You should keep going. Just to be safe.”

Davison. How the heck does he always know where I’ll be, when he’s so clueless about everything else? I rest my forehead against the hull to try to block out his presence and watch the life the boat should have had. Adventures down the river, beers on the deck.

Davison’s like a spinning magnet, cycling round from repellent to attractive and back again. Gloves back on, I sit beside him, and we wait. The boat lives out hundreds of years in minutes, crumpling to dust and settling into the river under the stars. They’ll still be talk.  But at least the evidence is gone.

“It’s just a boat, Hannah, don’t feel bad. Your hands are amazing.” He reaches for one, and I let him take it, almost feeling his skin through the faded fabric.

“We could leave Doveton together.”

Mysterious, naïve Davison. He gets stared at too. Would it be so wrong? To have a friend who sees me as the heroine, not the witch.

A friend who knows what it’s like to be a miracle and a curse.

Memories of a baby’s face flash over the handsome grown one. Choking and gasping for breath, his preemie lungs struggle against a simple cold. An older baby could survive, but he was too small and weak to fight it off. What else could I do? I’d whipped off a glove and placed my hand on his tiny chest. But I wasn’t quick enough.’

“Hannah.” He reaches for my face and I let him take it, resting my forehead against his. I see the years my hands took from him. Baby Davison learning to walk. A giggling boy, jumping the waves. Ten-years-old, shooting hoops with his Dad. All of it sacrificed under my touch.

I stand up and run.

I don’t listen, I just run and run.

And the gloves on my hands crumble to dust.

What changed in the Professional Editing Process

I have to admit, one of the main selling points for me in getting involved in the #WriterInMovement project was the chance to receive some professional editing.  I had the pleasure of sending my manuscript to the amazing Maria Tureaud.

I know there are many people reading this who aren’t writers, so I want to explain a bit about editing. My picture when I was young of an editor was someone who would go through your document and correct all your spelling and grammar mistakes.  But there are several other steps in the editing process.

Before proof reading there are two stages.  In Australia we call the first stage a ‘structural edit’, in America it is known as a developmental edit.  The developmental edit looks at big picture things like plot, story structure, character arcs and the like.  Then the ‘line edit’ or ‘copy edit’ works on improving the language and flow.

So rather than just going through and fixing the wrong tenses (though she had to do that too!), Maria had both development and line editing suggestions for my manuscript. One of the things I appreciated most about Maria’s edit, is she wasn’t afraid to make big changes to the story.  She suggested that my mention of Davison be removed from early in the story. It was helpful, because though I had liked the idea of setting up Davison for the ending early on, there was already SO MUCH going on at the start, so many questions and uncertainty, that it was much cleaner to keep him at the end.

The other big thing that Maria was helpful with is transitions.  She pointed out when I hadn’t made a clear enough link between paragraphs and scenes.  She suggested Hannah should smell dinner which would be a better lead in to the dinner table scene.  And thinking about how to transition lead to a few new sentences which I really love.

Maria also put her foot-down and made me reveal more about the boat early on.  She was right.  I was trying to be too clever, too cagey, but she pointed out, there were truths in the story that she didn’t get until the forth reading!  She also pushed me to be more specific about Davison.  Most of my changes near the end where small tweaks to sentences, but I think they made a huge difference to the clarity of the story.

Maria was keen for me to get rid of the word repellent, because it made it seem like Hannah found Davison gross.  I decided to leave it in (I think the magnet image works well as a picture for their relationships), but I took out the second use of the word when she ran away, so to use it more as a metaphor than a straight emotional reaction.

And Maria wanted paragraphs 5 and 6 swapped, but I chose to keep them in their original order, with a little bit of tweaking.  I remember hearing a writer say at a workshop that you might not agree with an editors solution to a problem they’ve found in the manuscript, but then your job is to come up with a better solution to that problem.  I don’t know if I’ve done that, those two paragraphs have been the trickiest ones to deal with in this round of edits. But I did a little tweaking so I hope they flow on from each other a little better.

Bellow is a screen shot of Maria’s edits. As you can see, she had lots of detailed comments all through my manuscript, causing me to think hard about why I was doing what I was doing.

And while I was a little shell shocked when I first opened up her email (😜), I quicky came to see the value of comments, and how right she was. I can really see the value of a professional editor. I hope I have the opportunity to work with one again in the future 🙂

Next week will be the final week in the project, as I write a post about my overall experience of #WriterInMotion