I am taking part in #WriterInMotion this month.  You can read more about it in my first blog post here

Below is the first draft of a story prompted by the following photo.  I finished the story two minutes ago.  I read through for typos and that is all the editing I did.  Over the next few weeks you’ll get to observe the editing process as I polish up this story.

(This is so nerve-racking!) 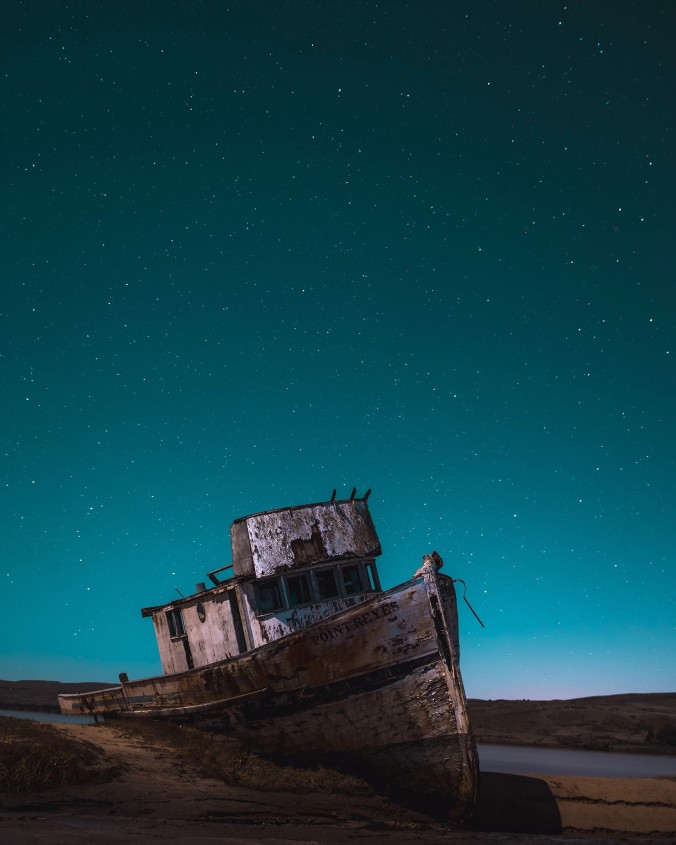 Another box of gloves arrived.

I missed the post-man, so had to go into Doveton to pick it up, and suffer under Max’s suspicious gaze. “What do you do with all those gloves?” He asked for the seventeenth time.  What was I supposed to say? I gave a bland smile and fled away, holding the box to my chest as if I could hide behind such a flimsy thing.

I should have avoided town today. After last night the stares are worse than normal, and that’s saying something. There isn’t even a pretext of politeness, people stop talking the moment they see me approach. But I know what they are saying. About the boat, and how weird things didn’t used to happen in their precious town. I feel their eyes taking in my frame, the Lizzie Benett Dress, the gloves, the hair piled up high.  Dad’s idea to make the gloves seem part of an eccentric fashion statement, and not a precaution against disaster.

But the gloves aren’t why people stare.  Not today.

I see Davison exit the butchers and I speed up to a gentle run, pretending a I don’t hear his “Hannah” as I head off down the street.

At least a box of twenty gloves is light.  The sun beats down as I run between the shade gathered at the base of the ghost gums.  Doveton is beautiful if you only look with your eyes.  Dad says there is no point in moving on, that everywhere will be hard at first, if only I made more of an effort. But he doesn’t feel the stares. I want to move to the hippy hills, where people believe that crystals can take away a cold and that cards will warn of your impending death. Where weird is kitsch, and strange is a draw card.

I yank open the fly wire and walk through the house straight to the glove room.  I drop my box on top of another, this one with ‘four hours’ scrawled in red texta on the side.

Dinner is quiet. Sadie takes turns glaring at me and Mum.  Mum because she has to stay at the table and not use her phone.  Me because of what I did last night, and the way her friends pull back from her whenever there is an ‘incidents’. One day of my life, one tea-spoon of my suffering, and she looks at me with daggers. Cow.

Father stirs his remaining peas around his plate, making little trails of gravy across the plate.

Mum puts down her wine. “I told you I didn’t want us doing that anymore.”

“We have to.  We need the money. What happens if this boat thing blows up and we need to leave? At least we’ll have money in the bank until we find our feet in some new place.  We need to take precautions.” No one looks at me.

Father strikes the table with his fist and the peas jump.

“I don’t mind.” I like contributing. I lay my forehead on the vases, and I see the life they might have lived.  Peonies, Gerbras, tulips and roses. Views of lounge rooms from the mantle piece, as the Vase watches down on families growing up and growing old.

“We didn’t ask you.” snaps Mum, and Sadie chews on a carrot and smirks at me.

Maybe I should go without them.  Quit school and find a job in the city. Save precious Sadie from all her terrible suffering. And save myself from Davison’s gaze.

I can’t sleep that night.  I put on a four-hour pair of gloves. They are yellowed and worn, they could be my Grandmothers.  I press a gloved finger to my forehead and I watch, as if on screen, what could have been. Debutant balls and costume parties.  A life, rather than a few small hours protecting everything around me as I put on my boots and head to the creek.

The boat sits, leaning against the bank like it has been there for years. So different from the day before.  Why couldn’t I leave it alone? But there was something about that vanished surface, the bright wood glowing in the late afternoon heat.  A stupid compulsion and there were the consquences.

But now it’s deliberate.  I pull off one glove and press my hand against the side, destroying the evidence with a touch.  The wood is worn and wet, and splinters dig into my skin.

“You should keep going. Just to be safe.” How is it that Davison knows so little about everything but always seems to know what I will do and where I will be?  I put my forehead against the hull to try to block out his presence, and watch like a movie the life the boat should have had.  Adventure down the river, beers on the deck.

Davison is like a spinning magnet, cycling round from repellent to attractive.  So I sit beside him and we wait.  We watch as the boat live out his final years in minutes, crumpling to pieces and settling into the river under the stars.

“It’s just a boat Hannah. You don’t have to feel bad.  Your hands are amazing.” He reaches for one, and I let him take it, almost feeling his skin through the faded fabric.

“We could leave together you know. Get out of Doveton forever.” He faces the stares too.  Would it be so wrong to have a friend, a friend who saw me as the heroine not the witch.

A friend who knew what it was like to be a miracle and a curse.

Another face flashes over the handsome grown one.  A baby, choking and gasping for breath as his preemie lungs fought against a simple cold.  Too small and weak to fight it off. What could I do? I whipped off a glove and placed it on his chest.  But I wasn’t quick enough.

“Hannah.” He reaches for my face and I let him take it, resting my forehead against his. And I see it.  I see the years I took. The baby learning to walk, the giggling boy, jumping the waves.  The twelve year old shooting hoops with this Dad.

Repellent again. I stand up and run.

I don’t listen, I just run and run.

And the gloves on my hands crumple to dust.

So that is the first draft of my story.  My next post will look at how I went about writing the draft.

Thanks for coming along for the ride!