Photo by FOX on Pexels.com

My Mum, sister Sandy and I were sitting at a table at the Lake House.  Once a swampy marsh, Alla Woolfe Tasker and her husband decided to buy a block of land in Daylesford to start a Country restaurant using local produce, many years before that was a thing you did.  Now it was one of the top restaurants in all of Australia.

It was in the early days of the Masterchef revolution, and it was like walking into a paradise. The waiters gave a detailed description of every dish and drop, and you didn’t even notice your glass of sparkling water was empty, before it was filled.

Every dish was a production, every sensation on your tongue was carefully orchestrated perfection.

But the most memorable moment was the lamb broth.  It was completely clear and smelt divine.  Mum, Sandy and I slipped our spoon’s into our broth and took a sip.  We all looked at each other, wondering why it was that the taste was so familiar.

I don’t know who was the first person to say it, but we all thought it.  The delicate clear broth might have looked world’s apart from Nan’s hearty lamb soup, but they tasted identical.  And in that moment I was transported away from the white table clothe’s and matching wines, and was back at Nan’s dining room table, the fire cracking in the corner, eating soup out of a mustard-coloured bowl, elbow to elbow with my cousins.

Taste is a powerful sense.  Your Grandma’s chocolate mousse, your Dad’s stir-fry, that one perfect coffee.  You taste it again and you are transported to another time and place.  You remember.  And for a reader of a novel, it is an instantaneous trick for getting them into the moment.  A character bites an orange, nibbles on some chocolate, or licks the icing off the cake.  Readers will know those sensation, and it will help them to slide into the mind of the character they are reading.  We might not know what it is like to live in a world of dragons, to run a country, or to climb a mountain range.  But we know what it is like to hunger and to feast. 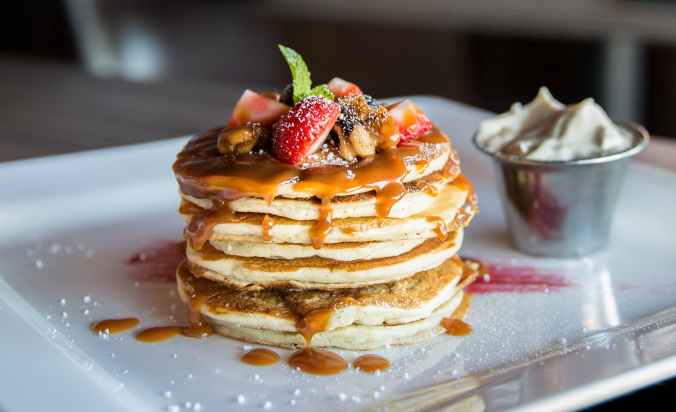 Photo by Ash on Pexels.com

Why don’t we use it?

Why doesn’t food get used more in writing?  Partly I think it is because we don’t think of it.  There is so much to do when it comes to putting together a narrative, it is easy to let eating and food slide off the list.  But food is such a key part of human life, and it can be a wonderful addition to your writing tool-box.

So how do you go about using food in your writing?

Food helps you build a World

Food is a powerful tool for world building.  One of the great challenges for writers, particularly of fantasy, is to get facts and information across to the reader without ‘dumping’ the information in a great, dull heap.  But food can quickly communicate various aspects of the story: How poor a family is, how a party works in that world, or the economics of a society.

One of the most powerful examples of this is in “The Hunger Games” series, where Katnis has spent her life desperately hunting to feed her family (as well as putting her name into the reaping lotto extra-times in exchange for food for her family).  Then she goes to the capital, where the food is plentiful and excessive.  The nature of the two communities is highlighted by that contrast.  And when Katnis is asked what she loves most in the capital, she says the Lamb Stew, because for someone who has fought every day of her life to put food on her table, a beautiful dish she doesn’t have to hunt is a miracle.

(BTW, here is a recipe for a Lamb and dried plum stew like the one Katnis loves so much, I’ve made it and it is delicious!)

Food has such a huge influence on a society, it is a wonderful way of communicating a different world.

Food can help you develop character

Food can also be used to show what a character is like.  My Mother tells of her Step-Grandmother, who would never use her hands to eat. Mum remembers watching her eat a chicken wings and drum-sticks with a knife and fork.  With just a little piece of information, you can tell something of who she is.  Is the person health conscious?  A sloppy eater?  Does a family all rush to put as much food on their plate as they can, as if it could all disappear in a moment? Watching a character eat can give you a window into their personality and heritage.

Photo by bruce mars on Pexels.com

Food can make you want to visit a fictional world

I am sure I am not the only person in the world who is still waiting for my Hogwarts letter.  And I think part of it is just for the food.  Right up to the point where I realised that enslaved house-elves made the food, I was entranced by those big tables in the great hall, and the piles of deliciousness that appeared every night. And again the food is made all the more tempting because Harry has never had enough to eat up to that point.

The same thing happened as I read Crazy Rich Asians.  Everything, from the elaborate culinary production at Tyersall Park, to the Hawker-market Satay, made me want to go to Singapore.  I made Asian food for weeks in response to all that deliciousness.

Good, interesting, exciting food can draw you into a world, and make you want to be part of it.

A note for Fantasy writers Or How I got thinking about this.

I have always used food in my writing, mostly because I love food (I am one of those people who will be in a good mood all day because I know there is a particularly nice meal coming for dinner).  But I got thinking about this again after a writing dilemma.

A character in my novel was making balls of dried fruit and nuts.  Now, I could do one of two things.  I could give those fruits and nuts completely new names from my world.  That would give the reader a sense they were in another place.  But if those balls are made of almonds and dates, when a character takes a bite, most readers can imagine the sensation of what they tasted like, and it will help them get into that world.

It is a difficult line.

In the end, in discussion with some of my fantasy writing buddies, I decided that ‘made-up’ food should be used occasionally and sparingly.  Yes it can give a sense of other worldliness, but because the reader doesn’t know the food you are talking about, it wretches them out of the world and doesn’t give them that ‘sensation on the tongue’ memory that is so immersive.

But one little technique I’ve notices authors use, is to give familiar food an other-worldly feeling.  You might have a in-world animal cooked into a familiar dish.  You might have food eaten with different utensils, or have the simplest meal of the day in the evening.  In Brandon Sanderson’s Stormlight books he has ‘men’s food’ (meat cooked in spicy sauce) or ‘women’s food’ (meat cooked in sweet sauce).  You can taste it as he writes, but you are still convinced you aren’t in Kansas anymore.  Or you might explain a dish without using its our-world name.  You can’t use a term like Boston Bun or Black Forrest Cake in a place without a Boston or a Black Forrest!  But you can eat a Fruit bun with icing or Chocolate and cherry cake!  If a character eats sushi, that might seem too specific for a reader, but they will understand what it tastes like to have rice-balls wrapped in dried sea-weed.

So, if you are a writer, why not think hard about how food and taste can be used in your writing.  It is a small aspect of writing that can make a big difference.

I highly recommend if you are a fantasy writer (or even if you aren’t) that you listen to this Writing Excuses Podcast on Fantasy Food with Elizabeth Bear and Scott Lynch.  It is extremely hilarious as well as informative on this topic.

Also K.M. Allan has an excellent post on writing with the five senses here. Well worth a look!

One thought on “The Power of Food in Writing”